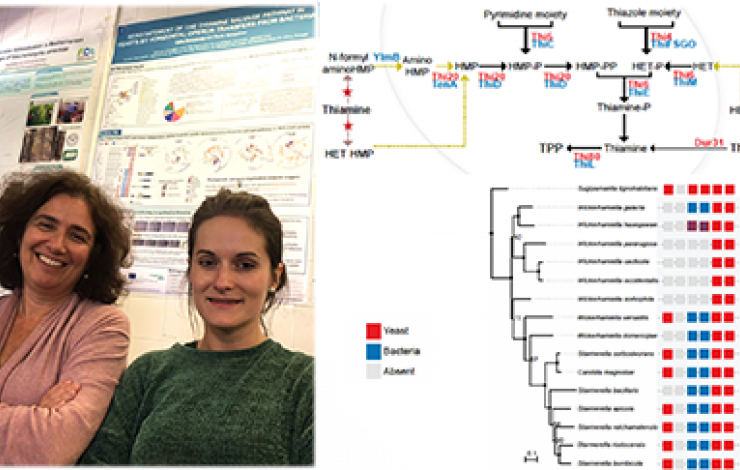 A group of yeasts, that have lost part of the vitamin B1 biosynthetic pathway in the past, have managed to rebuild it by capturing multiple genes from bacteria through horizontal gene transfer (HGT). “Our results endorse HGT as an important mechanism for evolutionary adaptation in eukaryotes”, says Paula Gonçalves, co-leader of the Yeast Genomics Lab at UCIBIO in FCT NOVA, and coordinator of this study, published in the journal Proceedings of the National Academy of Sciences.

The genetic information of organisms, usually transferred from parents to offspring, contains crucial instructions for the molecular machinery that enable cells to perform all the functions essential for their survival. Paula Gonçalves, researcher at UCIBIO and professor at FCT NOVA, explains that “over the course of several generations, genes can accumulate small changes and the molecules they code for can acquire new roles. However, this process is normally slow and certain organisms can also obtain completely new genes by ‘stealing’ them from other species”. This mechanism, called “horizontal gene transfer” (HGT), is uncommon in yeast and helps organisms to rapidly gain new characteristics, which is particularly useful if the environment changes quickly.

Carla Gonçalves, post-doctoral researcher at the Yeast Genomics lab and first author of the paper, explains that “in this work we studied several species of the yeast Wickerhamiella/Starmerella (W/S) clade and we show that genes composing the pathway for the synthesis of the essential vitamin B1 (thiamine), essential for cell surviving, were acquired from bacteria. In this study, we observed that four genes were acquired simultaneously to reconstruct this metabolic pathway for the synthesis of vitamin B1 in these yeasts”. The results also show that these yeasts have acquired additional genes, from different groups of bacteria in parallel, which allowed to broad the range of compounds used by these yeasts to transform into vitamin B1, increasing the flexibility of this metabolic mechanism.

Previously, Paula Gonçalves and Carla Gonçalves, have published a study in eLife journal, that report that the same group of yeasts is distinguished by the high number of horizontal gene transfer from bacteria, including genes important for alcoholic fermentation.

Proceedings of the National Academy of Sciences www.pnas.org/cgi/doi/10.1073/pnas.1909844116 Multilayered horizontal operon transfers from bacteria reconstruct a thiamine salvage pathway in yeasts 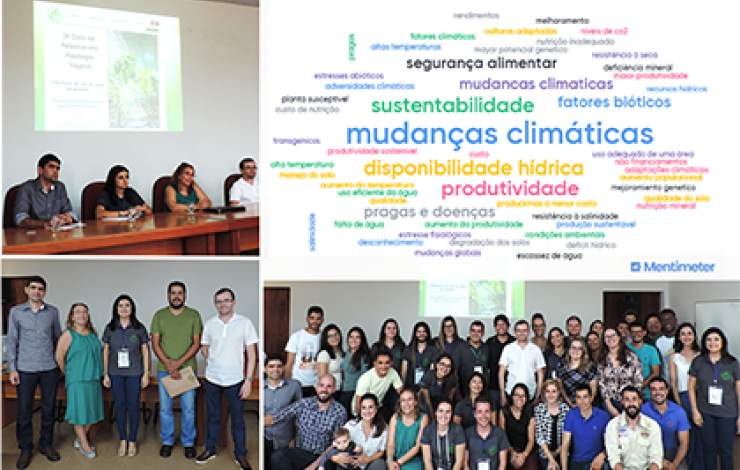 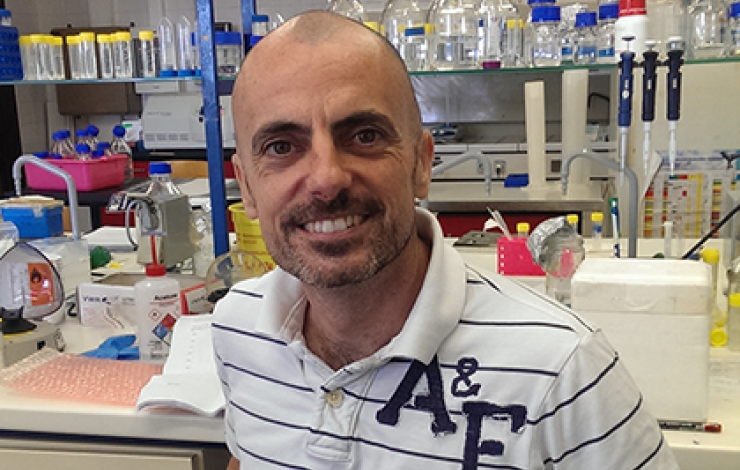