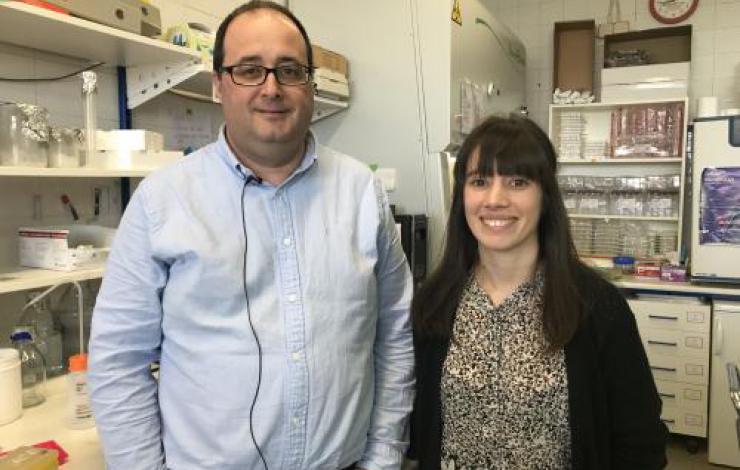 Researchers from the Infection Biology Lab at UCIBIO in FCT NOVA, led by Jaime Mota, have identified a new chlamydial protein that is injected by the bacteria in the host cells upon infection, being able to subvert host cell functions. This study is published today in Scientific Reports: “CteG is a Chlamydia trachomatis effector protein that associates with the Golgi complex of infected host cells”.

The Infection Biology Lab studies Chlamydia trachomatis, a bacteria that causes ocular and genital infections in humans and that is the major cause of bacterial sexually transmitted diseases worldwide. “In particular, our goal is to identify and characterize chlamydial proteins that are important for infection”, says Jaime Mota, research lab leader and professor at the Department of Life Sciences at FCT NOVA.

Sara Pais, PhD student in the Infection Biology Lab and first author of this study, explains that “once in the hots cell, the new protein that we identified in this work is initially targeted to the Golgi complex, an organelle important for transport of proteins and lipids”. It was also found that this chlamydial protein, called CteG, could disrupt this kind of transport and thus able to subvert host cell functions. In addition, CteG protein was linked to Chlamydia strains that are more invasive and aggressive.

“These findings helps us to elucidate how Chlamydia manipulates the host cell and causes disease, which in the future can be valuable to the discovery of new approaches to fight bacterial infections”, adds Sara Pais.